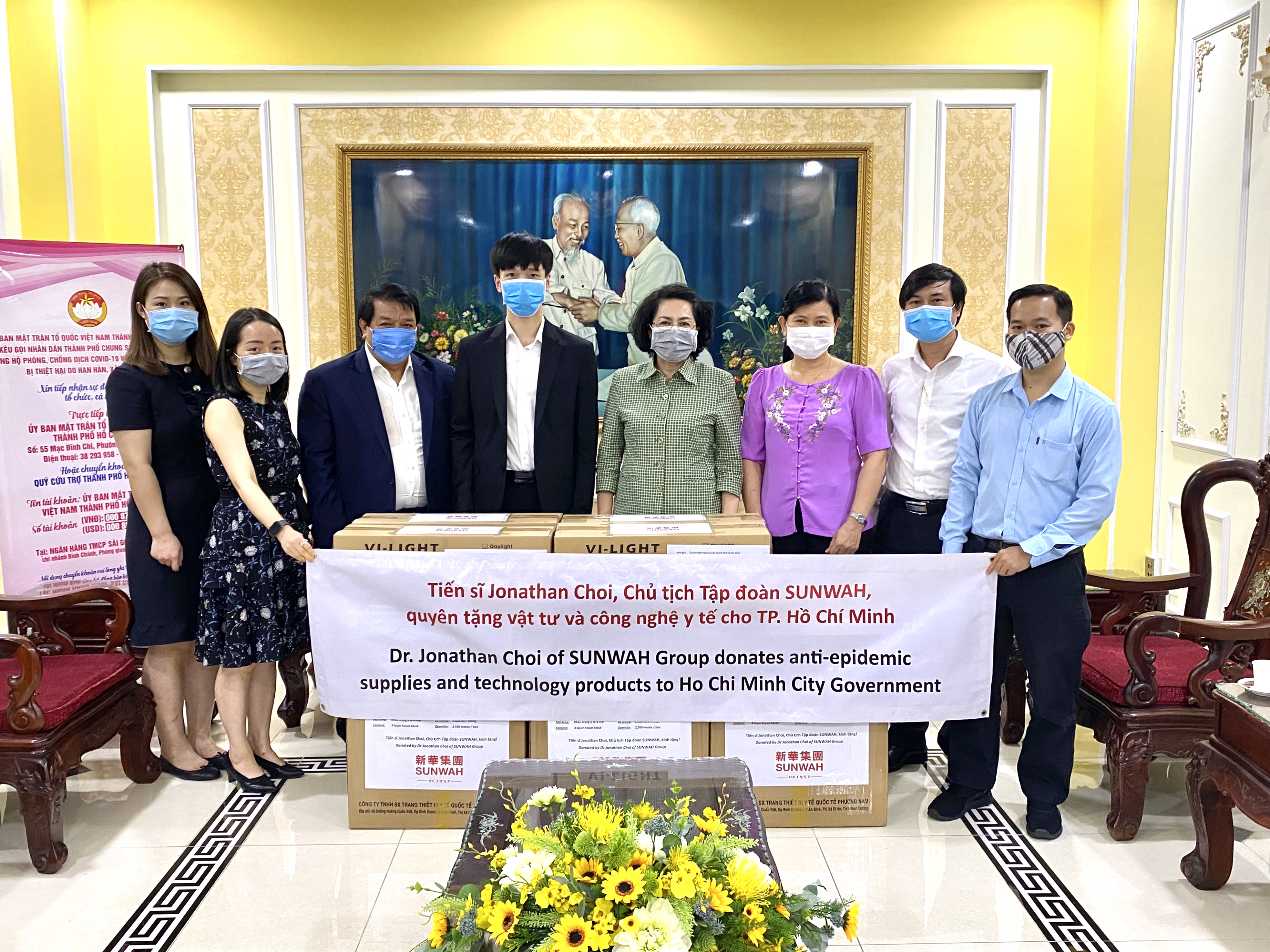 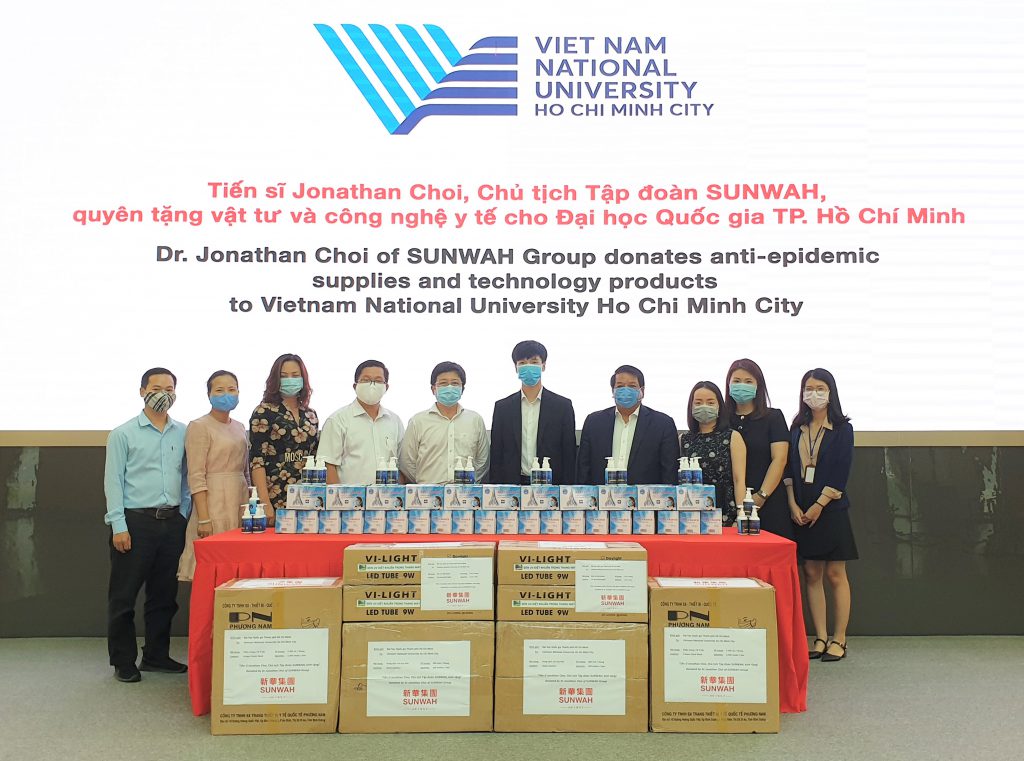 Mr Jesse Choi, Director of Sunwah Vietnam, represented Sunwah Group to make the donation to the Ho Chi Minh City government. Mrs To Thi Bich Chau, Member of Standing Committee of City Party Committee and Chairwoman of the Central Committee of Vietnam Fatherland Front of Ho Chi Minh City, and representatives from the Department of Health and the Communist Youth Union received the donation. The medical supplies were donated to the Ho Chi Minh City government and the Universities to assist healthcare officials, frontline workers and student volunteers at the pioneer hospitals and quarantine areas. 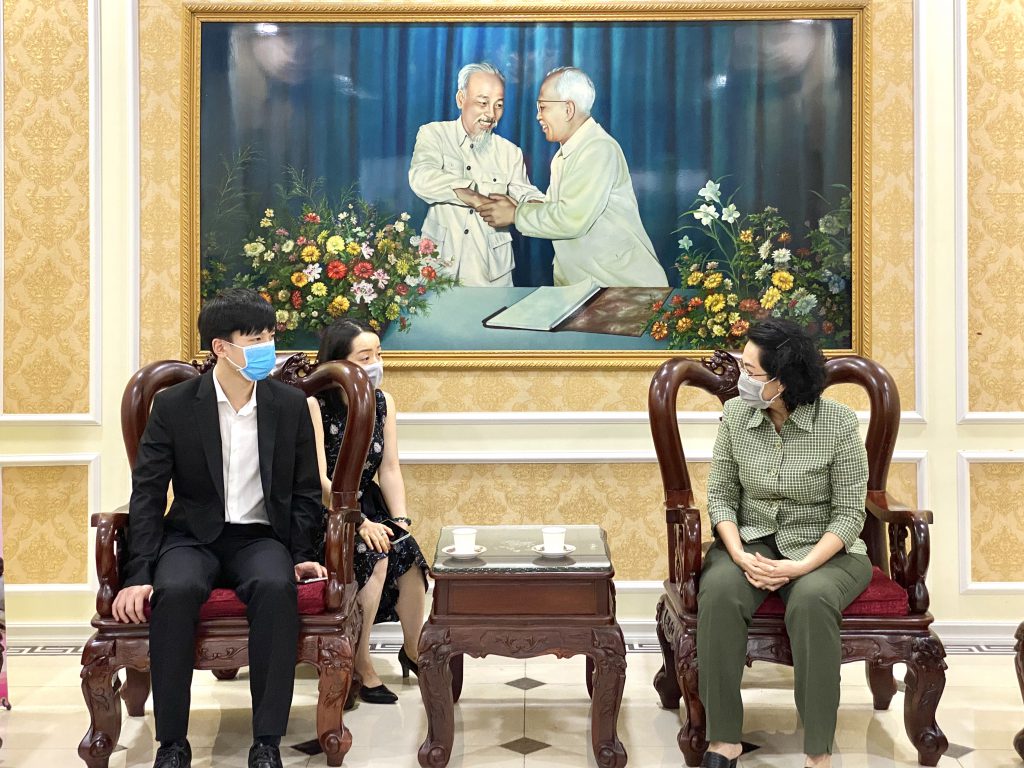 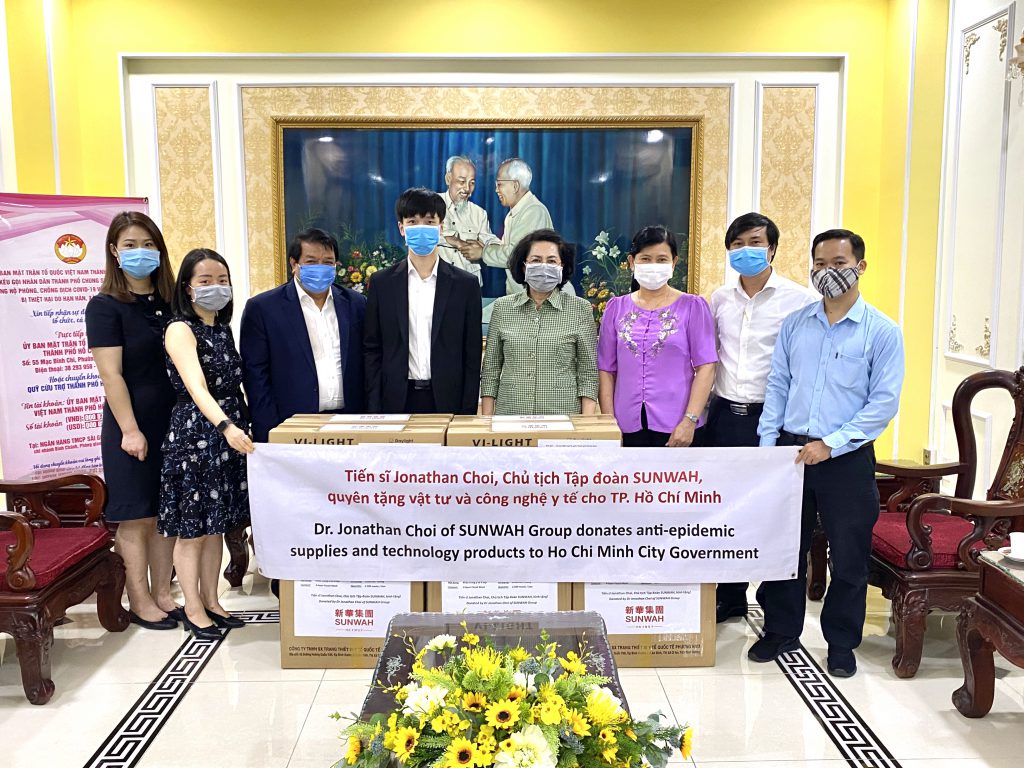 In addition, the donation of technology products will expand the services of the healthcare mobile applications named Medigo, RTA VNU and VNU-Connect to benefit around 10,000 users including frontline workers, lecturers, students, volunteers and people under quarantine. The applications will digitalize the medical declaration and tracking, facilitate medical data management of the Ho Chi Minh City Department of Health and provide non-stop remote healthcare through online connections with doctors, pharmacy search and door-to-door medicine delivery.

The donated UV germicidal lights, hand sanitizer and technology applications were all developed by the startups incubated at Vietnam National University Ho Chi Minh City and the city’s startup ecosystem. The donations were initiated by Sunwah Innovation Center in Ho Chi Minh City, as part of its commitment to supporting Vietnam’s startup ecosystem and local young entrepreneurs. The Center in Ho Chi Minh City will be launched officially in September this year as part of the celebration of Sunwah’s 50th Anniversary in Vietnam.

Dr Jonathan Choi said: “We are planning a series of celebratory activities for our 50th Anniversary starting from September this year. With the outbreak of Covid-19 extending to Vietnam, I decided to give our assistance as soon as possible to combat the Coronavirus. Apart from the donations in Ho Chi Minh City, I have already donated 30,000 medical masks to the Ministry of Foreign Affairs, Ministry of Industry and Trade, and Vietnam National University in Hanoi. Another 10,000 medical masks will be donated to the Ministry of Education and Training later.”

“Based on the long-term relationship between Hong Kong and Vietnam and Sunwah Group’s long-term presence in Vietnam, I would like to express our commitment and dedication to Vietnam through the donations,” he added.

Until now, the Group has become one of the largest Hong Kong enterprises operating in Vietnam. Dr. Jonathan Choi, Chairman of Sunwah Group, is also Founding Chairman of the Hong Kong – Vietnam Chamber of Commerce and plays a key role in promoting economic and trade cooperation between Vietnam and other countries. He has also organized various events to increase the education, technology and cultural exchanges between Vietnam and other countries through the Sunwah Foundation and the Jonathan KS Choi Foundation. 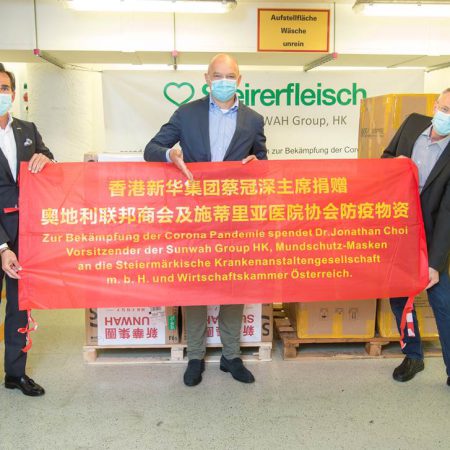 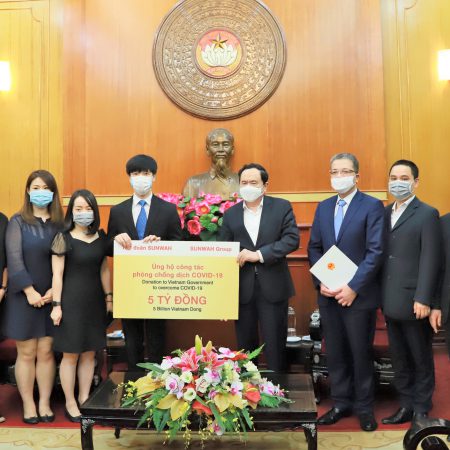 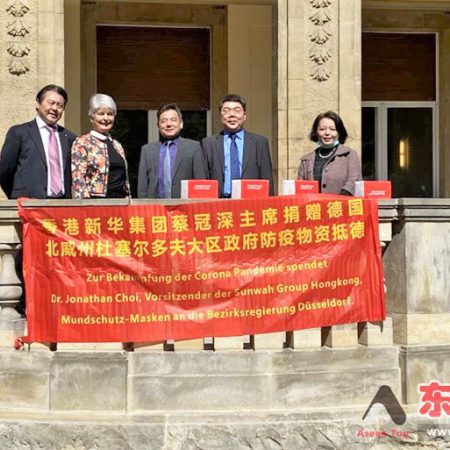