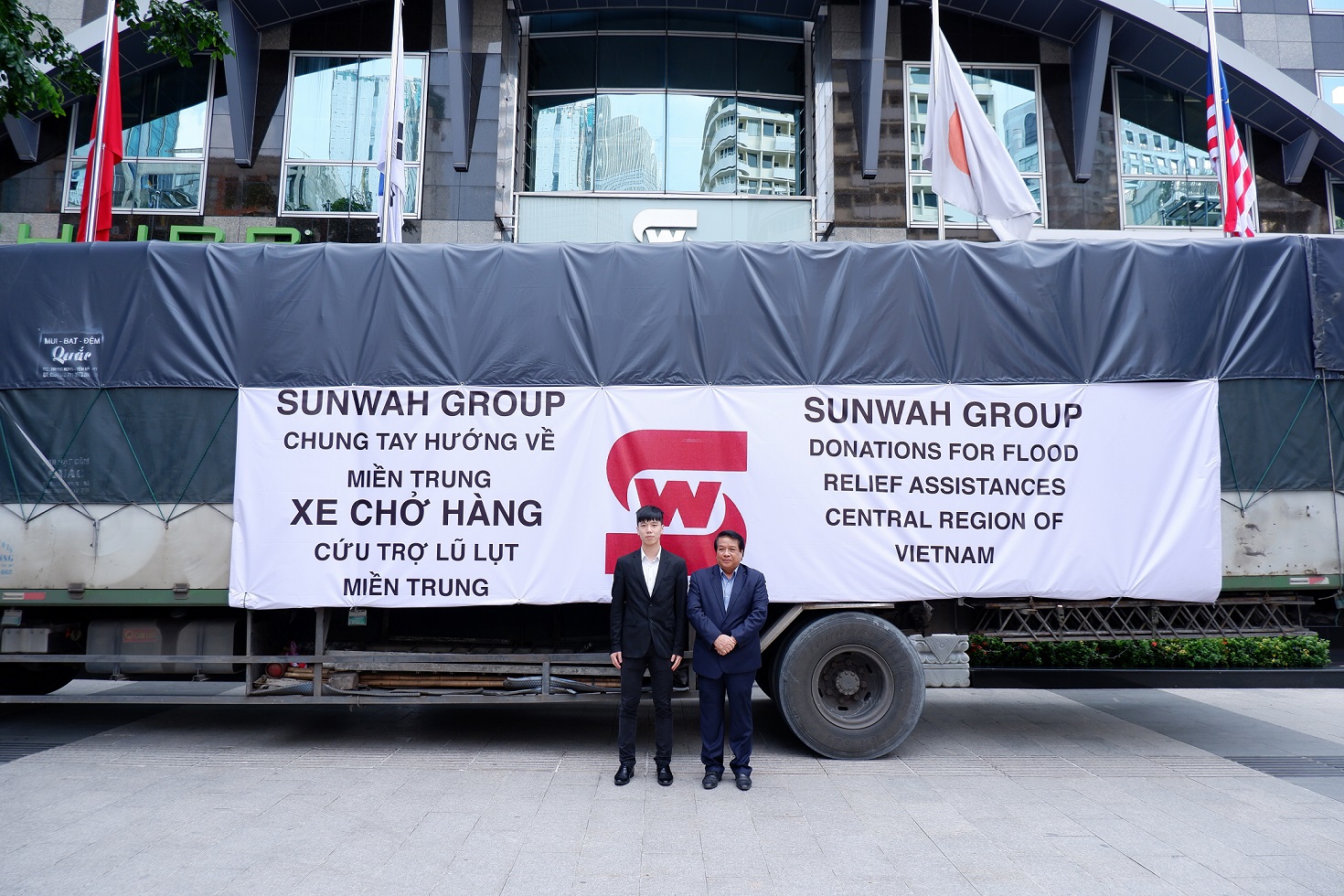 Sunwah – Recently, there were severe floods occurred in central region of Vietnam due to the impact of typhoon No. 6 and constant heavy rains. Specifically, the four most affected provinces were Thua Thien – Hue, Quang Tri, Quang Nam and Quang Binh. Notably, in Thua Thien – Hue province, there was a serious landslide and more than 10,000 houses in low-lying areas were deeply flooded. This is the most serious flood in Vietnam since 1999. This year’s flood has left hundreds of people in distress, missing; thousands of people were relocated and suffered long-term starvation; many fields, houses and belongings were destroyed.

After receiving information about the natural disasters in Vietnam, Dr Jonathan Choi, Chairman of Sunwah Group, directed Mr Jesse Choi, Director of Sunwah Vietnam, to organize the donation of necessities for people in flooded areas. On 20th October, the bus departed from Ho Chi Minh City to Hue carrying 620 gifts for flood victims. Each gift included a 5 kg rice bag, a box of instant noodles, a 2-liter bottle of cooking oil and 500,000 VND in cash. In addition, Sunwah Group gave VND 5 million to each households that were severely affected by the flood. 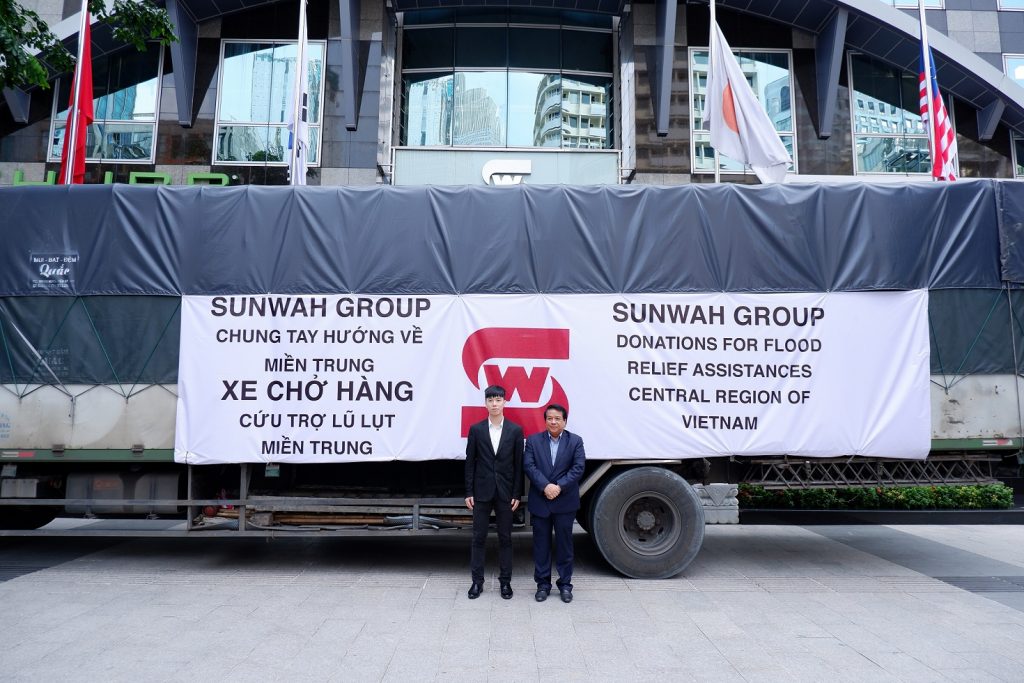 In the following photos, it can be seen that the flooding has not completely subsided. The delegation had to wade in water and go by boat to visit and give gifts to each household. Local government representatives in Thuy Luong ward (Huong Thuy commune), Vy Da ward, Phu Hau ward, Huong Long ward (Hue city) and the local people all expressed sincere gratitude to Dr Jonathan Choi for his goodwill and generous support. 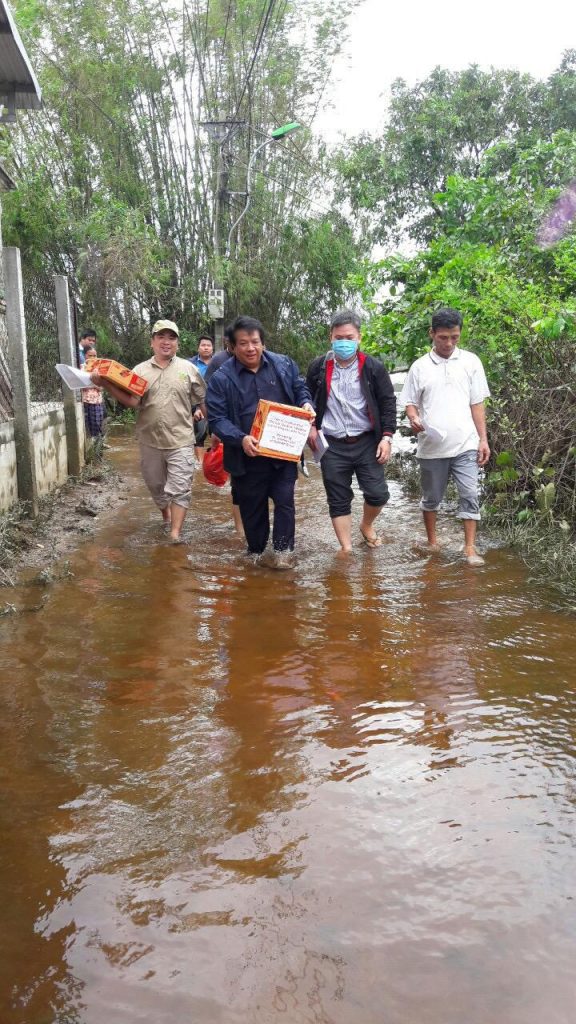 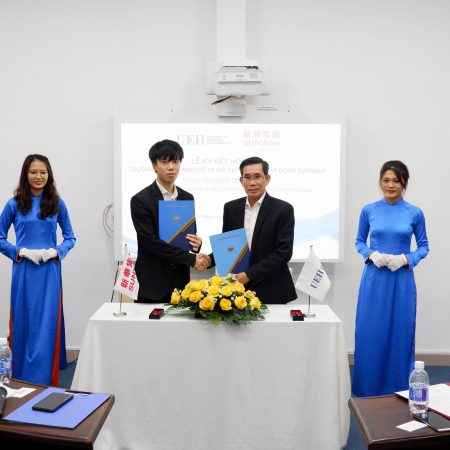 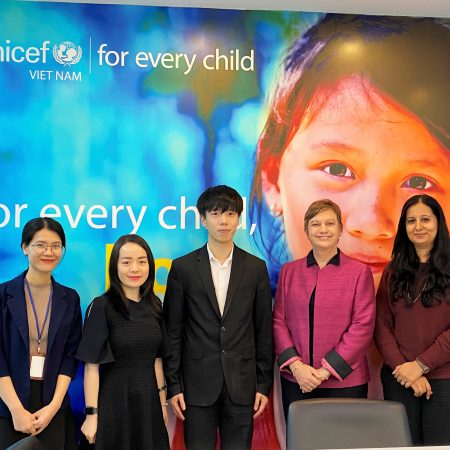 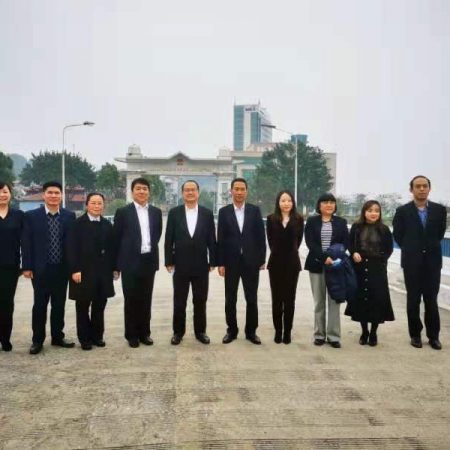